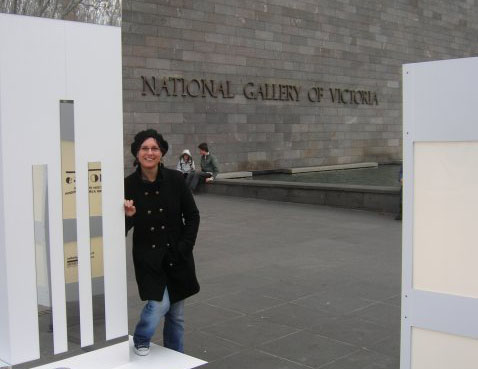 People often ask me how I got into writing. So, at the expense of my autobiography, I’m going to share the story with you.

In 1995, I undertook a one year journey to Nepal and India to ‘find myself.’ I was 22 years old. Oh, and I’d met a Nepalese boy in Sydney I’d decided was my future husband.

I arrived in Kathmandu in March, alone, to rising heat and haze. Nepal was like a fairytale – so exotic, so old, so colourful. I felt alive. I went trekking near Mount Everest for a week. Walked for miles through mountains stripped bare from deforestation. Navigated winding paths along cliff edges through thigh-deep snow. Slept huddled with Nepalese families around open fires. Came face-to-face with poverty.

Then I caught a bus from Kathmandu to Pokhara. We stopped along the way and – against my better judgement – I ate some curry from a roadside stall. BIG MISTAKE. By the time we reached Pokhara I had a raging temperature. I found a backpackers and a toilet fast. The next five days were a blur of fever, pain, toilet and bed.

Prior to leaving New Zealand, my late grandmother had made me promise I wouldn’t visit Indian doctors. She was a nurse and was worried I’d be prescribed medications banned in the West. But there were no Western doctors in Pokhara. And after five days it dawned on me that people die from dysentery. I went to a local doctor who gave me a packet of huge pale blue tablets and told me to come again the next day. The effect of the tablets was like pouring concrete on my insides. I began to crawl out of the twilight zone.

Pokhara has a large picturesque lake, one you might expect to see in Switzerland. It is surrounded by huge snow capped mountains and, in April, the weather is very warm. I lay in a sunbed by the lake recovering, in that surreal state between awake and asleep. Or was it between life and death? It was hard to tell.

In my obscure state of the next few days, I watched a man sailing a yacht carrying tourists. There was only one yacht on the lake. I couldn’t tell how old the man was. He was wiry, sunbaked and only wore white shorts. And I started wondering about this man’s life. Who are his family? What are his hopes, his fears, his dreams? Where did he get his little yacht? How long has he been doing this? WHO IS HE? I really wanted to know. And I really wanted to tell his story.

So, by this lake on the roof of the world, I decided I wanted to inspire others by sharing the extraordinary stories of ordinary people. Like my Nepalese sailor. Although, sadly, I never did share his story. But I shared many others.

And that Nepalese boy I met in Sydney? He actually was my future husband. And the father of my child. But that’s another story.

One thought on “Epiphany from the edge”